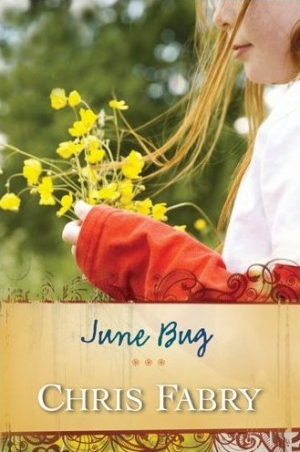 June Bug believed everything her daddy told her. That is, until she walked into Walmart and saw her face on a list of missing children. The discovery begins a quest for the truth about her father, the mother he rarely speaks about, and ultimately herself. A modern interpretation of Les Miserables, the story follows a dilapidated RV rambling cross-country with June Bug and her father, a man running from a haunted past. Forces beyond their control draw them back to Dogwood, West Virginia, down a winding path that will change their lives forever.

Chris Fabry's second story based in the fictional town of Dogwood, West Virginia, reacquaints readers with several characters from his earlier novel, Dogwood, but can also be read and enjoyed as a standalone story. June Bug was chosen as a finalist for the 2010 Christian Book Award in the Fiction category and was also nominated for the 2010 Christy Award in the Contemporary Standalone category.

In September 2015, a film adaptation of June Bug aired as a Lifetime original movie titled Child of Grace.