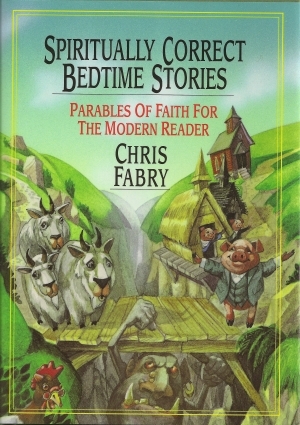 What would have happened if the three little pigs had gone to seminary? Or if Prince Charming developed Princess Deficit Disorder? If Beauty and the Beast had studied popular self-help literature and discovered that he was a microwave and she was a crock pot, would the outcome have been different?

These are the questions that fill the curious mind of Chris Fabry. His explorations in the world of fable and fairy tale will forever change the way you think about the Brothers Grimm. Recasting a dozen of these well-known, oft-told tales, Chris offers a wacky perspective on everything from the dangers of spiritual complacency to the pitfalls of legalism, from the excesses of Christian kitsch to the shortsightedness of human wisdom.

People of faith are sometimes wary of too much laughing. If that applies to you—beware. This book is full of hilarious truths and riotous glimpses of reality. The temptation to laugh, and even to roar, will be hard to resist. And in the midst of your merriment, if you happen to gain some new insight about yourself, the church or the world, that's okay too.